They touch each other with their hands, undress with their eyes, put their fingers where they should not. They search for naked body fragments from under their clothes, they know each other’s tongues, they have loosened manners. They are flocking to lazy, debauched places that promise pleasure. They tear through the blue thicket, pink water, through the weaves of fabric. They lavish each other with moist tenderness. Accustomed to each other, they crawl solo and in pairs into cracks, crevices and bushes. They glide over the skin, slipping into all the holes. The pleasure is all theirs.

Here are the female bodies from Angelika Markul’s drawings for Joanna Hawrot’s latest collection. THE PLEASURE IS MINE is the second collaboration of the artists, resulting not only from similar sensitivity and common interests, but also being the fruit of their friendship. After the “Nów” [New Moon] collection, with which they entered the time of renewal, awakening the shameful realms of the body and the secrets of identity, this time they touch upon women’s erotic fantasies. Piece by piece, they reveal secrets. They design their own visual mythology of female pleasure, which assumes many incarnations: sexual experience, bodily understanding, and spiritual sisterhood. A mythology in which the female body is not the object of desire, but its subject. It has the power to make things happen, it feels at ease, it likes to tempt itself.

THE PLEASURE IS MINE likes to take advantage of the tension between affect and image, between the covered and the uncovered, between mystery and gossip. Japanese minimalist-inspired kimonos made of soft, skin-gentle fabrics, high-neck shirts with long, narrow cuffs, flowing hakama trousers and painting-like scarves covered with prints of erotic drawings all have their secrets. At first glance, they attract with their sophisticated composition, patches of colour and contrasting details, saturation or understatement of the patterns used. Labelled with Japanese words such as kando (tenderness), issho (two), kaen (flame), yorokobi (pleasure) or douran (restlessness), they combine emotionality with desire and uncertainty associated with entering the unknown regions of another body. In her artistic practice, Markul often designs mysterious, dangerous spaces, which on the one hand introduce anxiety, on the other – seduce. In THE PLEASURE IS MINE, the female body turns out to be such a space. Its moist cavities and vestibules, the inside of its mouth, tongue and vaginal forms, are all places of amorous ritual in the collection of the Hawrot x Angelika Markul duet. They engage the heart and the senses, allow themselves to be wild, suspend boundaries. Cracks, crevices, ruptures – also those forming the leading patterns of the collection – allow the imagination to slip away from the image surface into the realm of sexual fantasies whose charm often lies precisely in the fact that they do not materialize anywhere else except in the images of our imagination. That is, where the outer worlds live inside, within us.

The new collection was born out of the need to speak in one’s own voice, to nurture feminine qualities and relationships. It is also a declaration of independence when it comes to deciding about one’s own body, aesthetics, choices, and fantasies. About what we can and cannot do. It is deeply affirmative, even stimulating. It encourages you to be yourself. To nurture relationships and self-fulfilment – also through sustainable fashion. THE PLEASURE IS MINE is thus not only about erotic pleasure, but also about the pleasure of what and how one wears. Clothing can be an amulet of power, it can encourage, it can transcend taboos. It can also change habits and predict alliances. So far, Hawrot has designed fashion for women – in THE PLEASURE IS MINE a line of clothes designed only for men appears for the first time. The same eroticism that make their presence roguishly manifest in the women’s line, here appear shyly on the lining. They discreetly snuggle into the body, working secretly. Inclusion of men in the brand’s field of activity is not only a gesture of openness to new challenges resulting from entering an untamed territory, but also a desire to broaden the field of pleasure coming from designing.

As an expression of From Fashion to Art philosophy, THE PLEASURE IS MINE collection becomes a platform for collaboration between artists from different fields of art. It is accompanied by a photo session by Natalia Miedziak-Skonieczna, the author of the long-term “Ciałobrazy” [Bodimages] project, in which she builds a trust-based nomadic community of women and explores the relationship between the naked body and natural landscape. For the collection, however, nature becomes an organic context for both female and male bodies, and Hawrot’s clothes create a space for their meeting. They are their second skin, they lie in their nature.

THE PLEASURE IS MINE collection brings to mind the words of an iconic American poet, Eileen Myles, who in her work referred to lyrical female communities based on love, pleasure and empathy: I always put my pussy in the middle of trees like a waterfall. The passage is as much about sexuality as it is about the non-obvious entanglements of bodies with nature, the metaphysics of sisterly bonds, and the creation of gardens of one’s own fantasies. Just like the new collection by Joanna Hawrot. 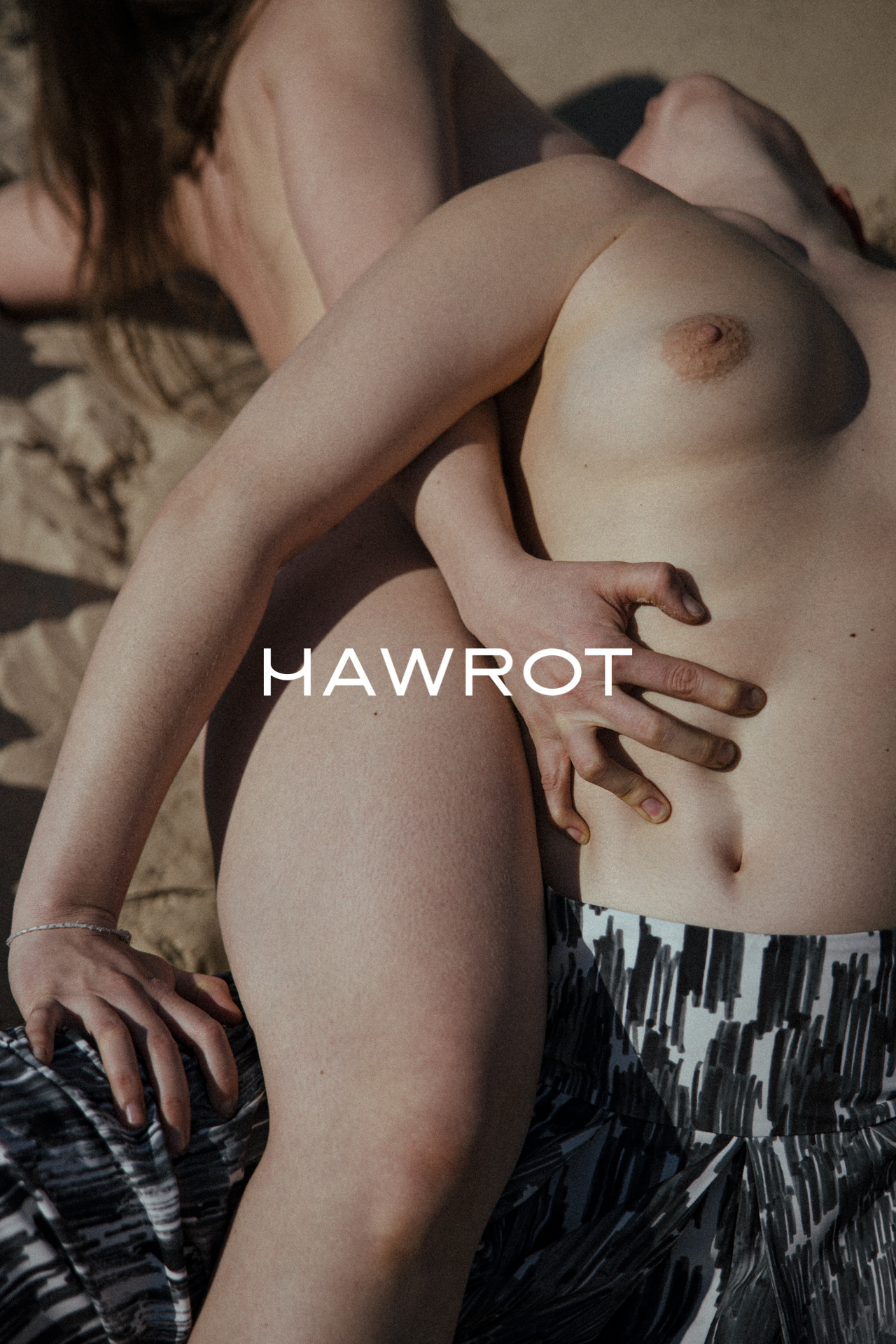 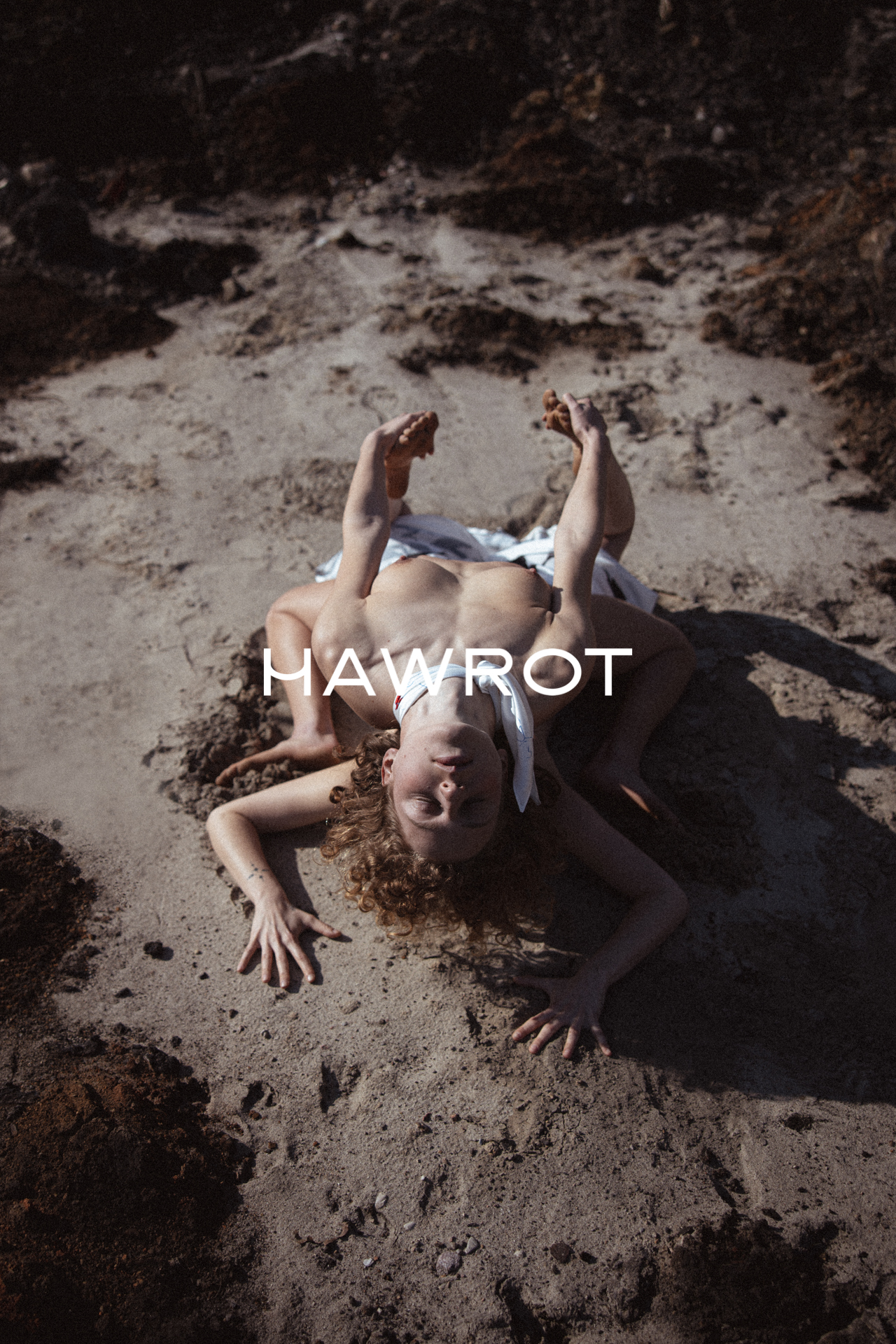 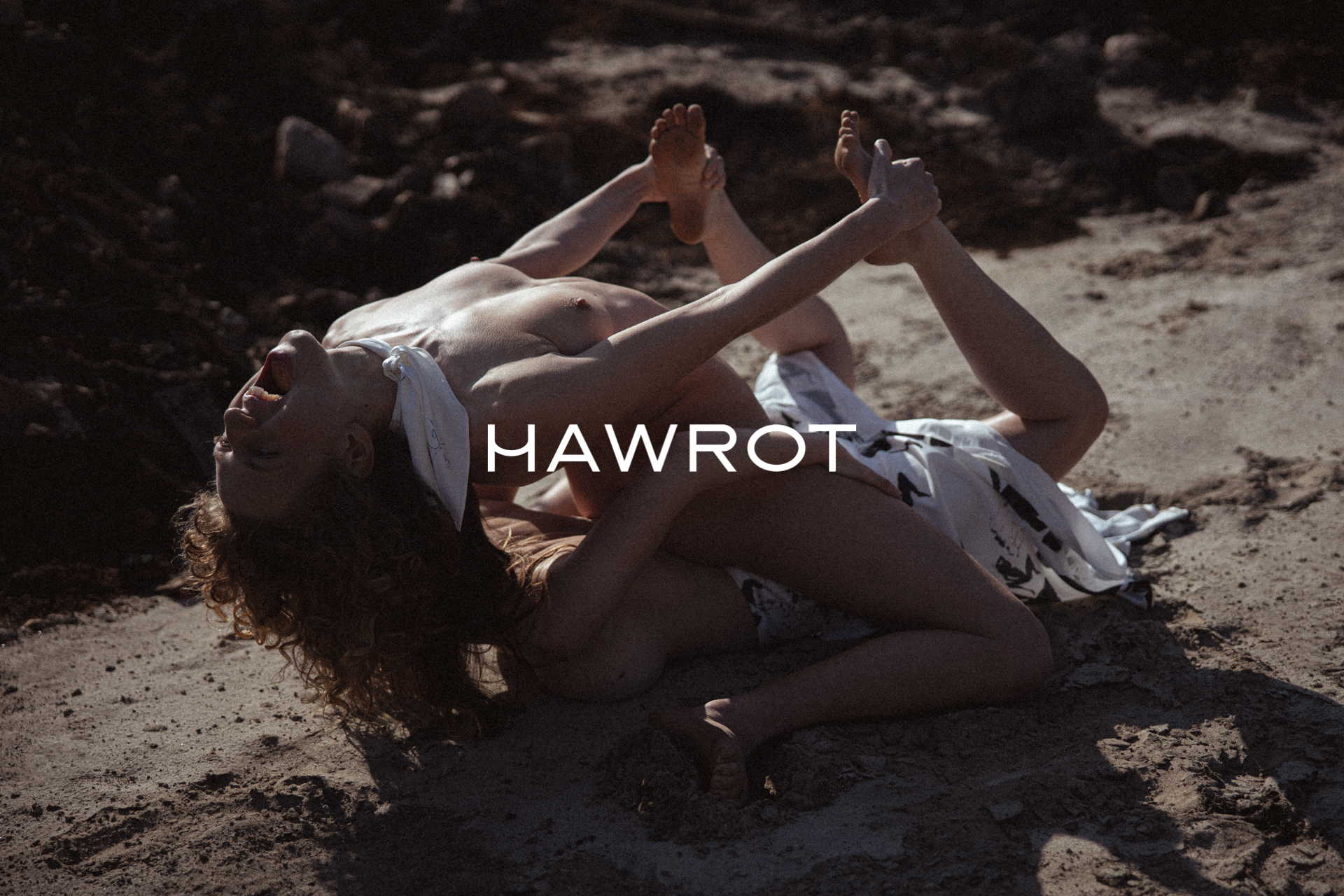 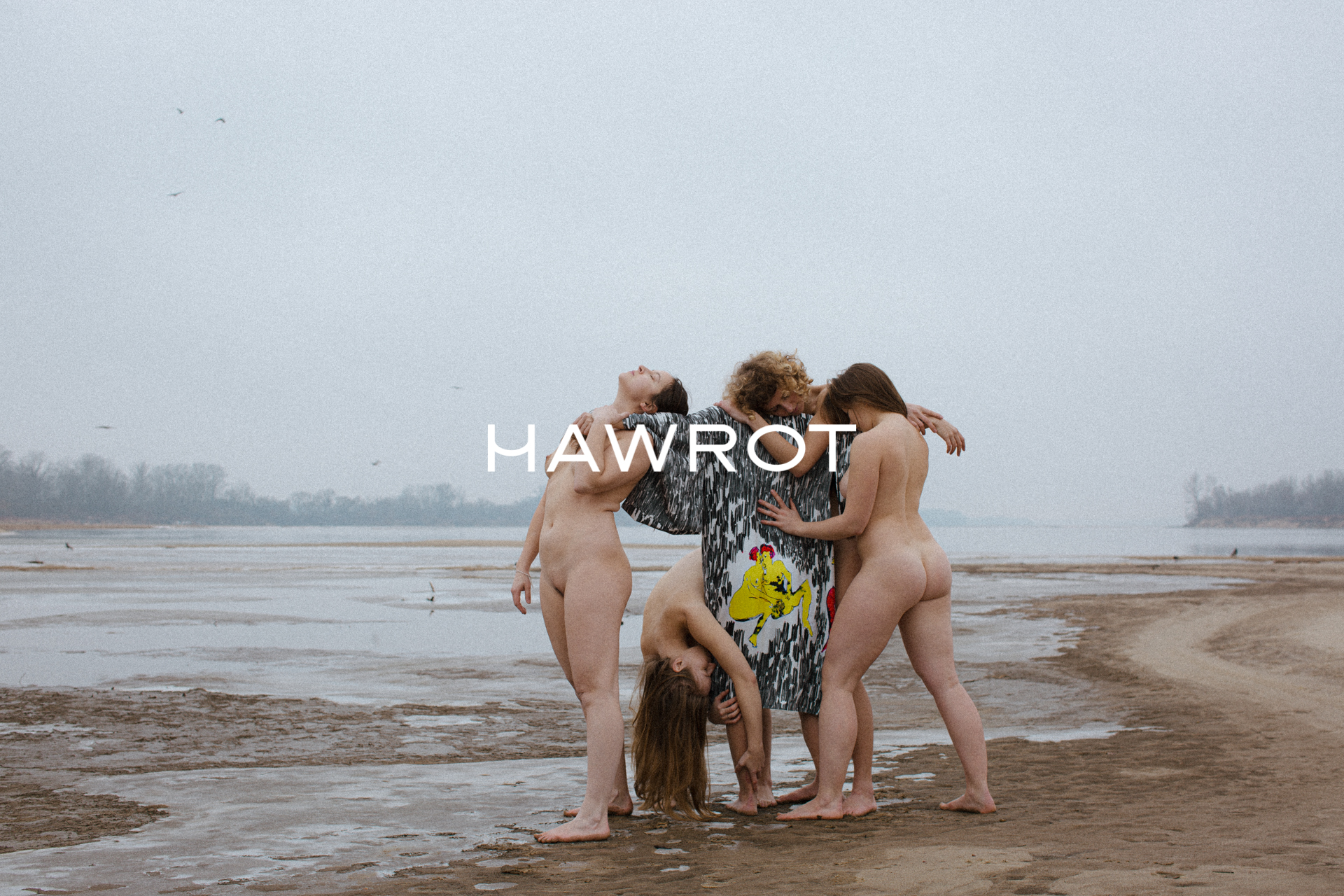 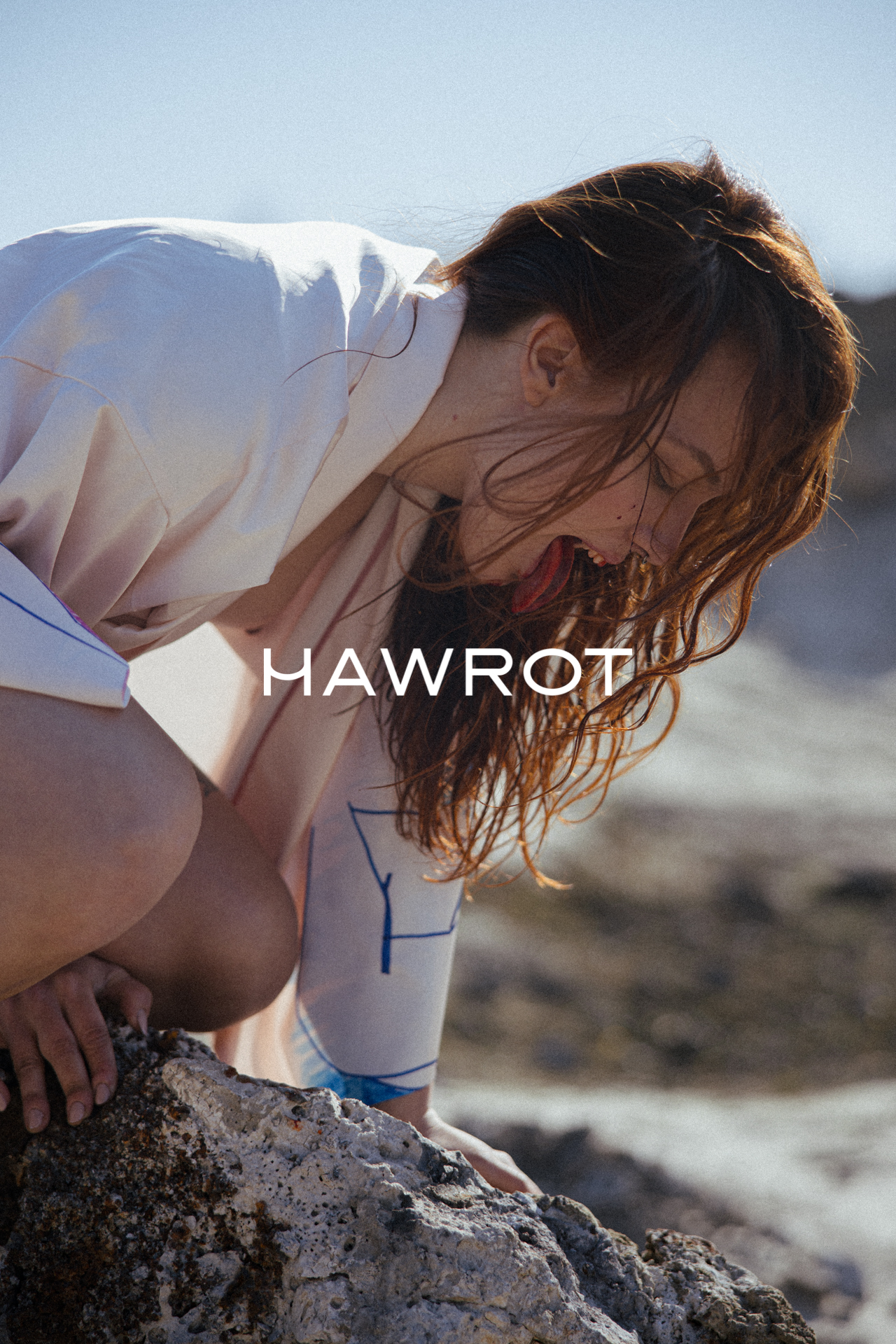 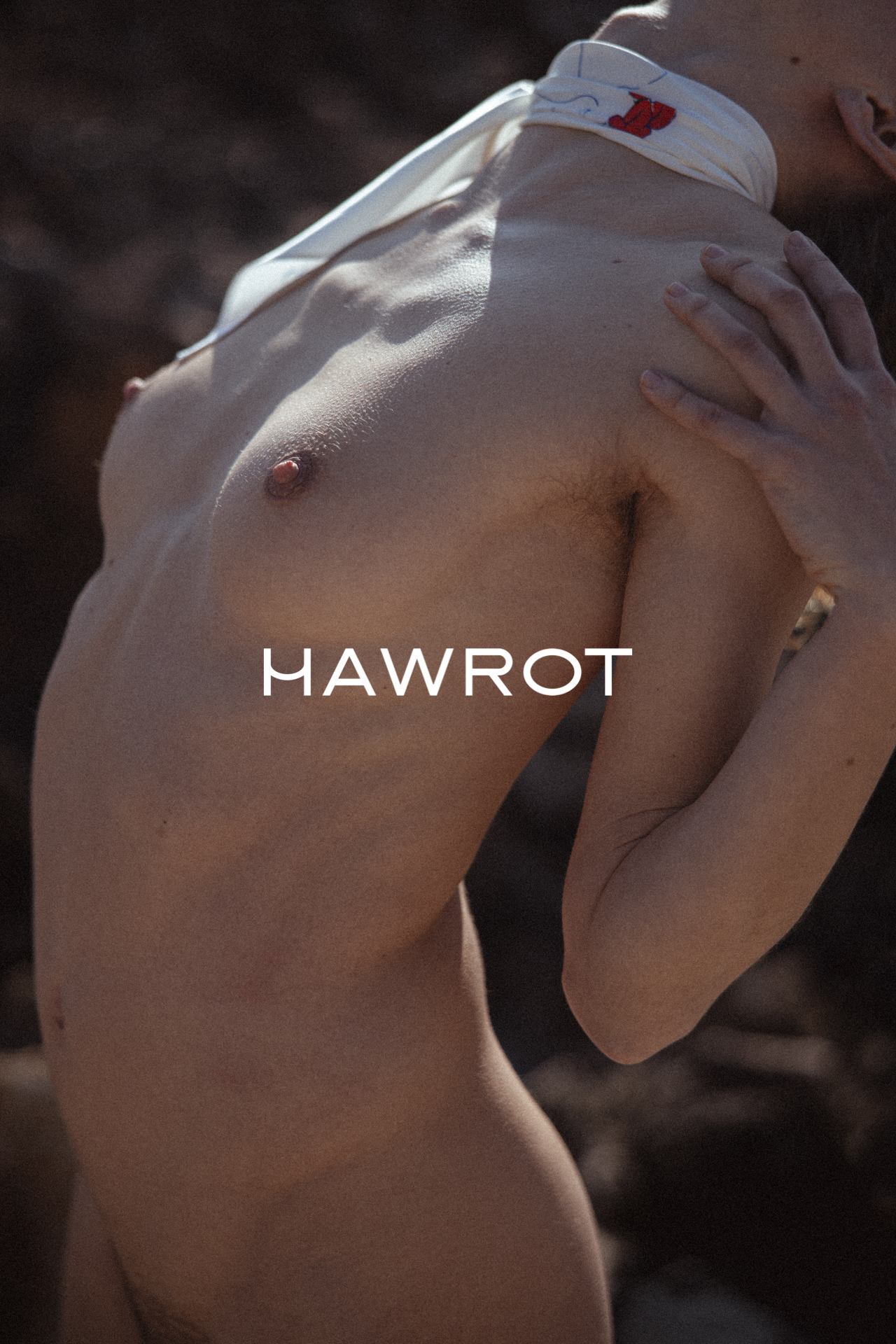 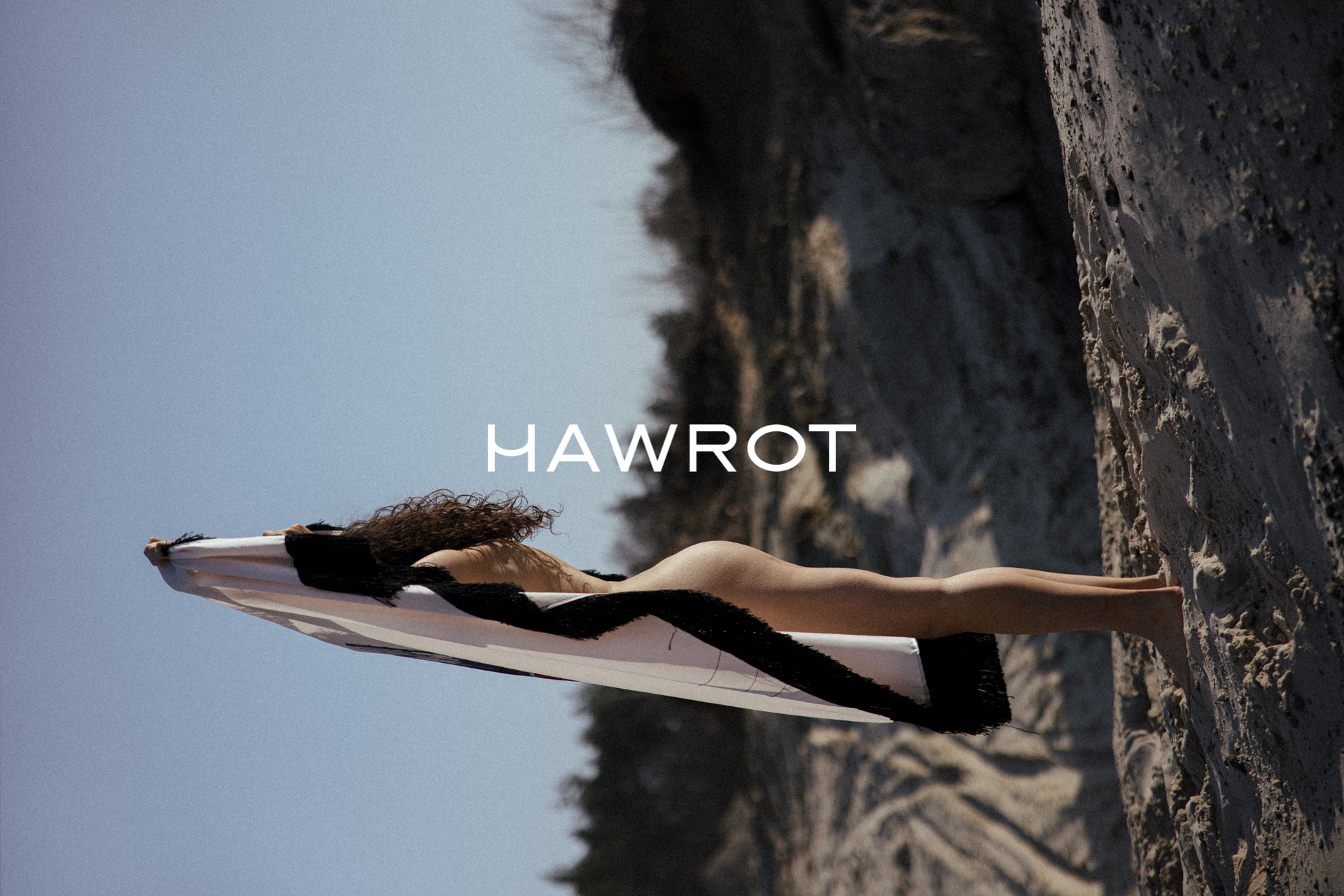 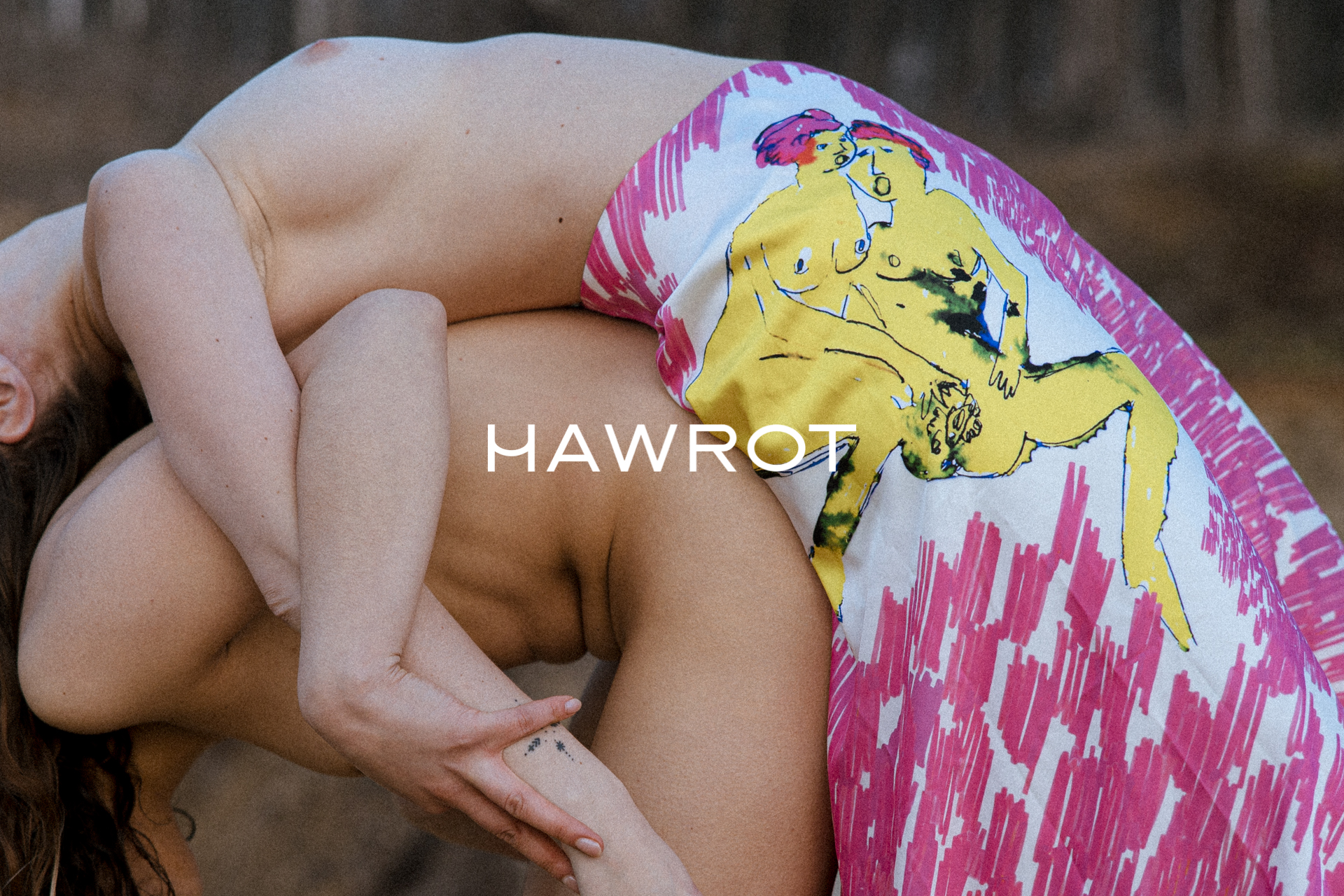 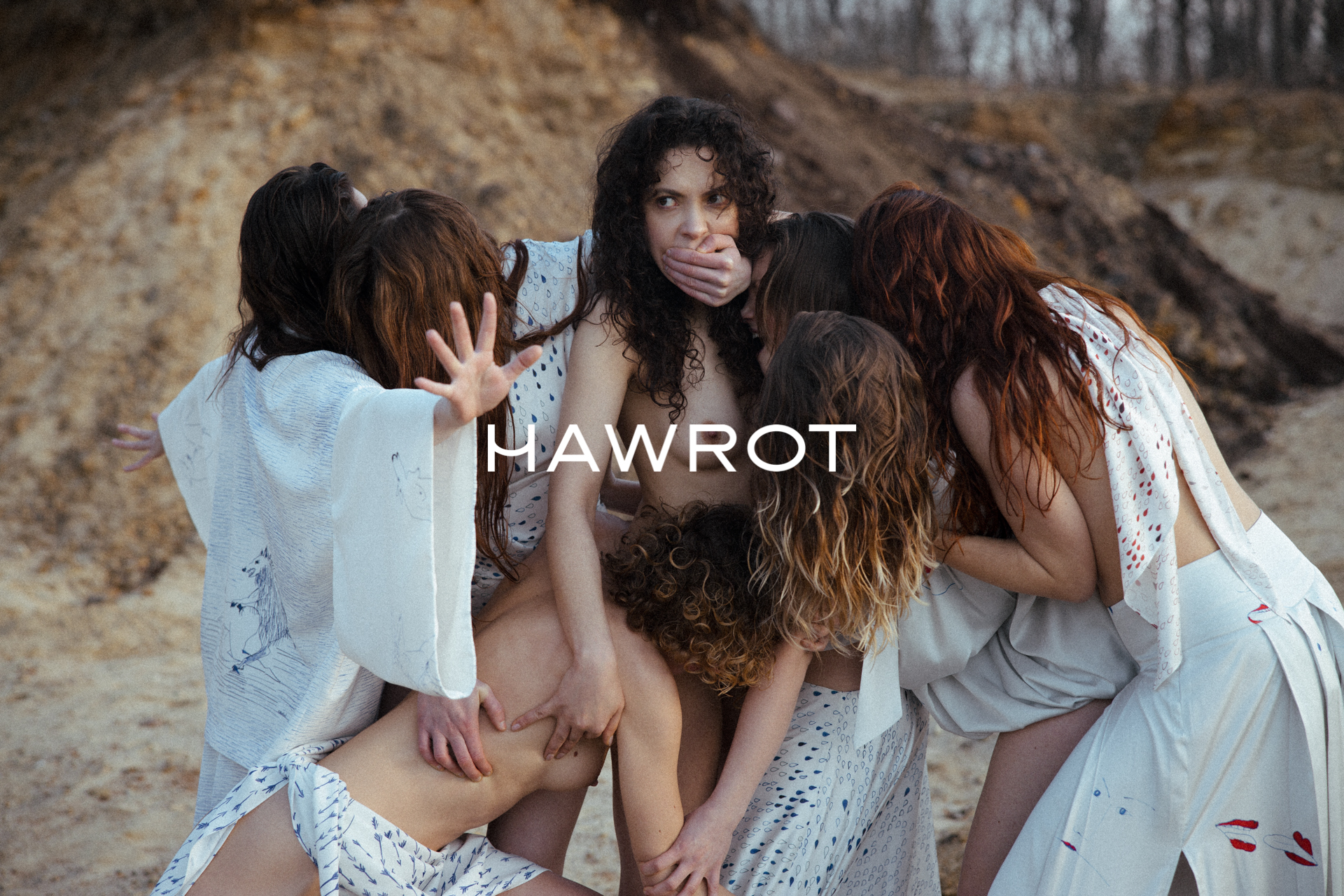 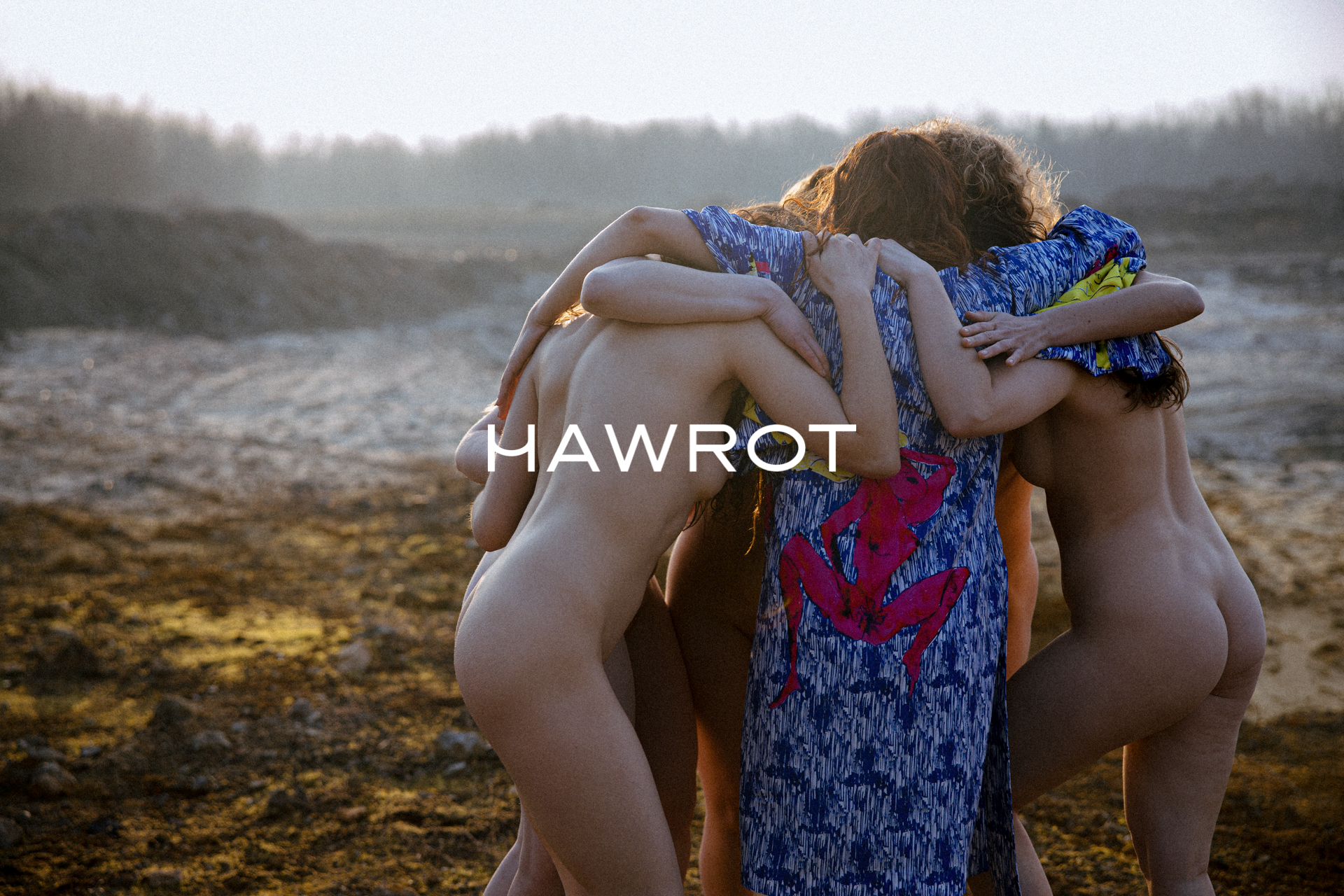 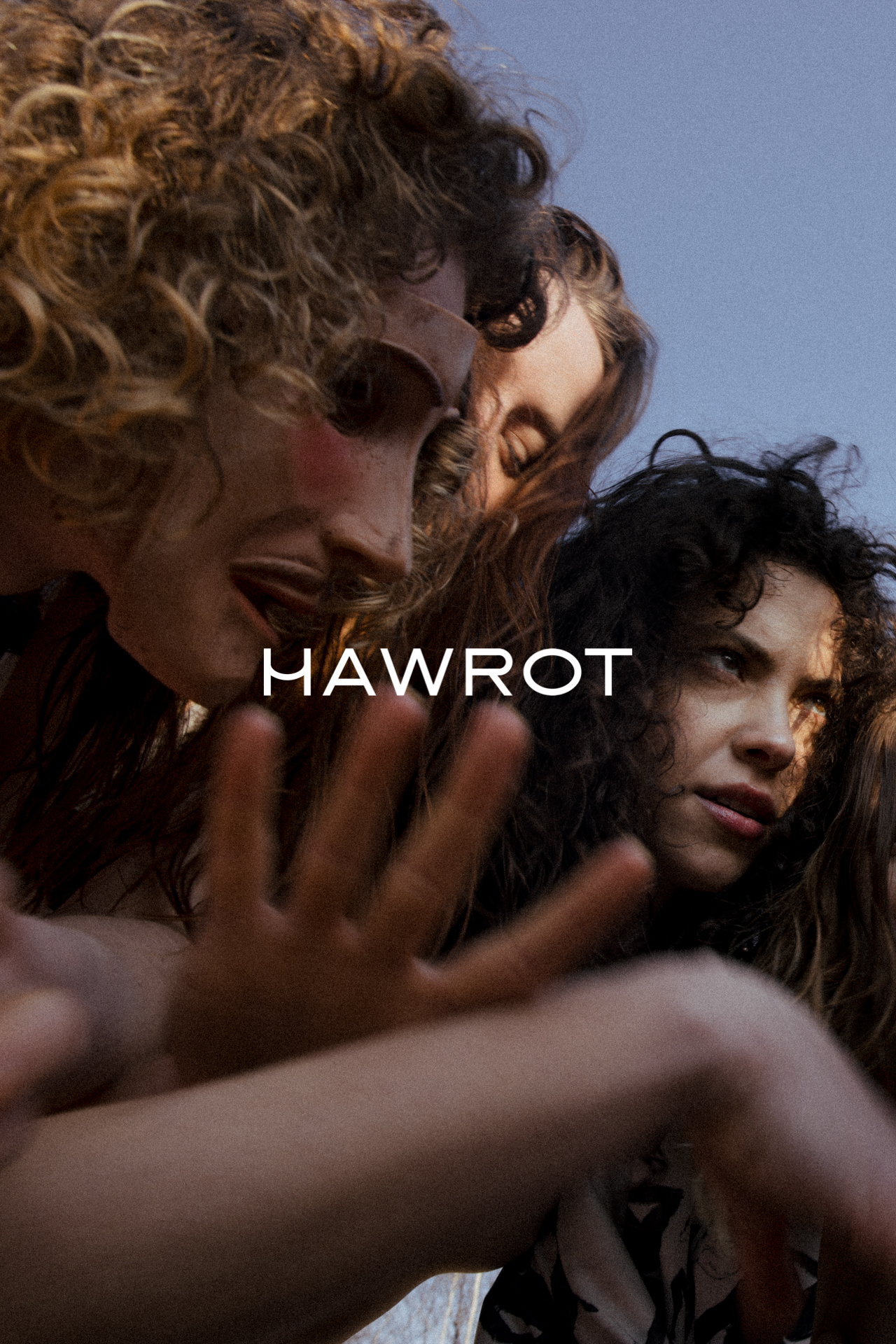 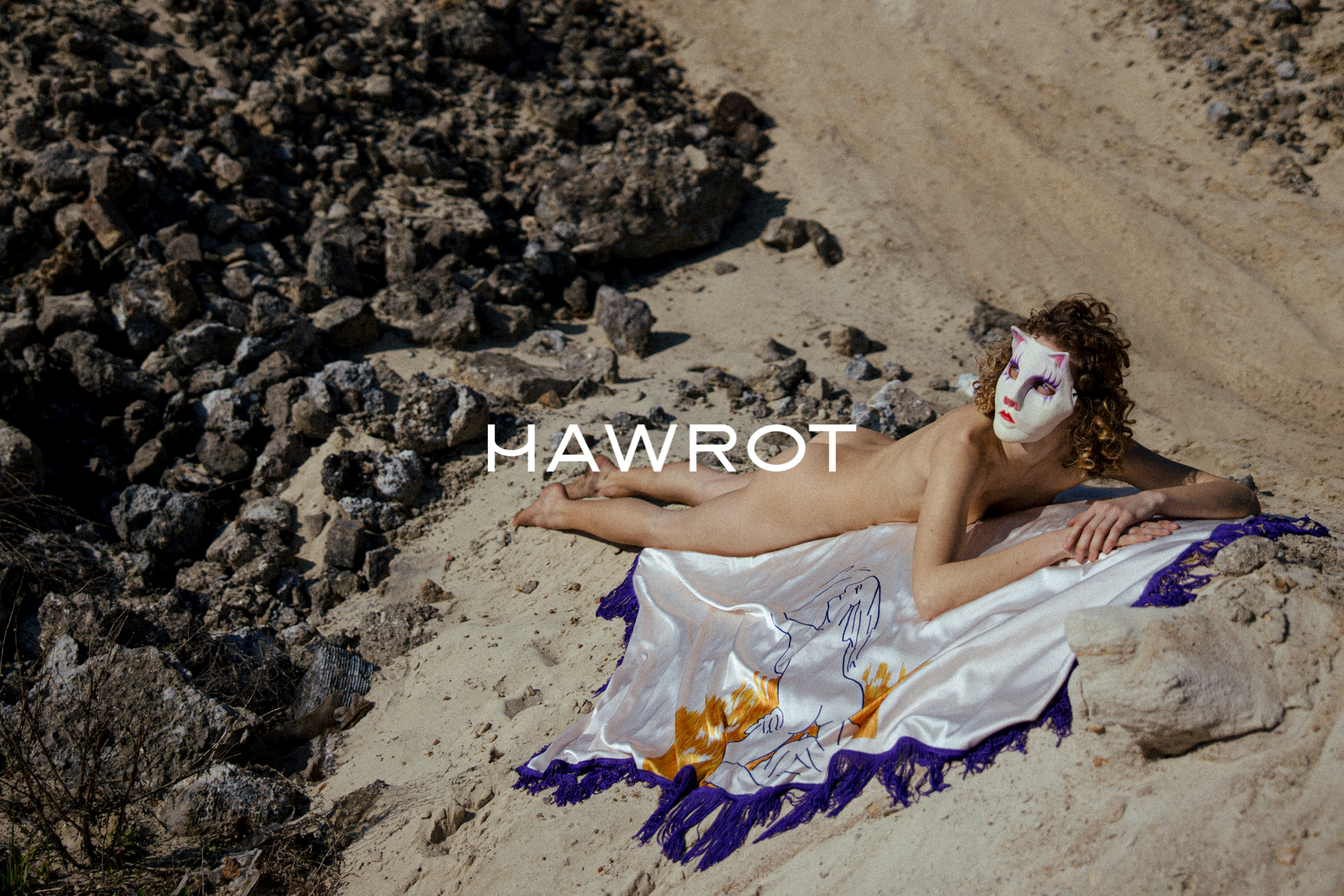 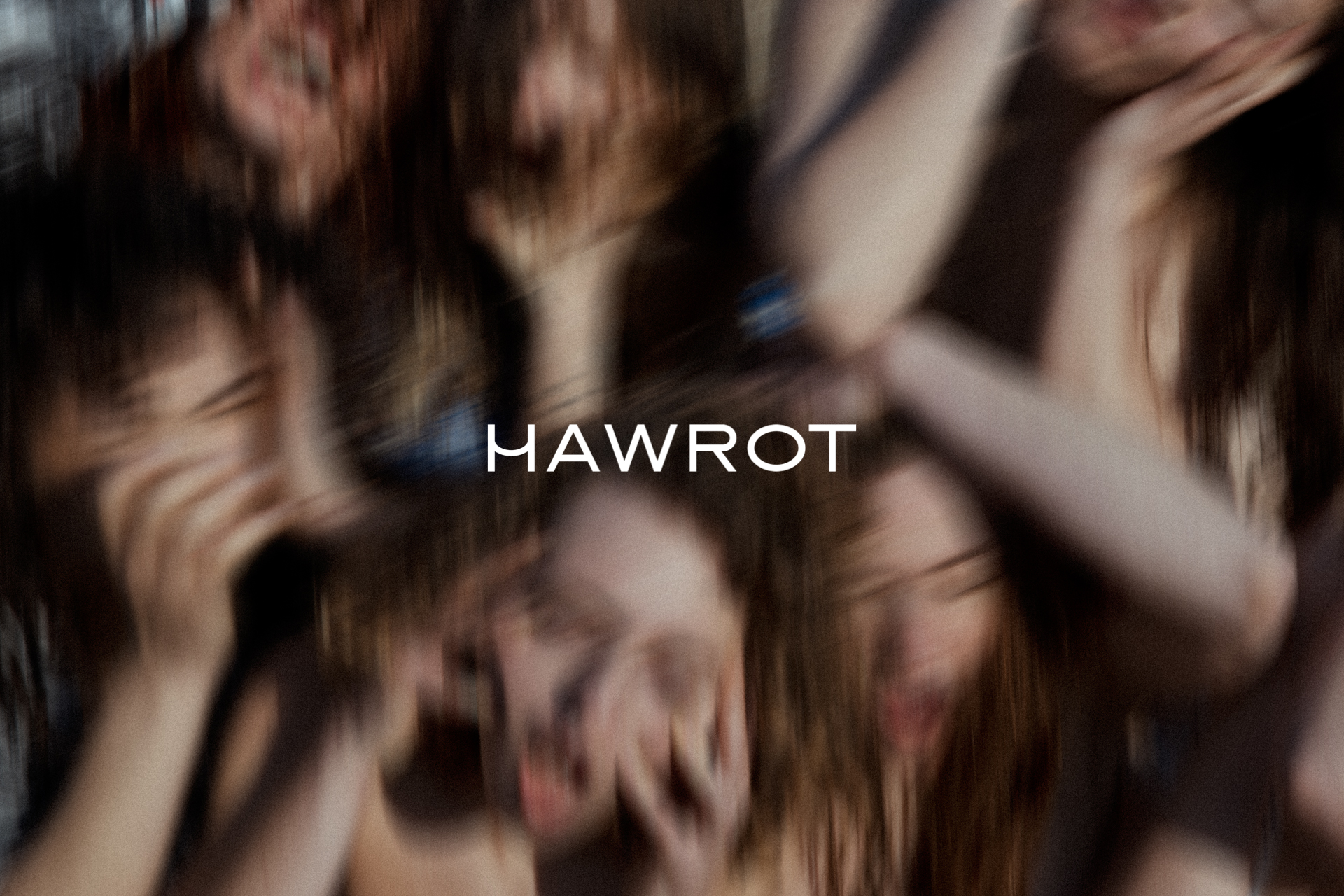 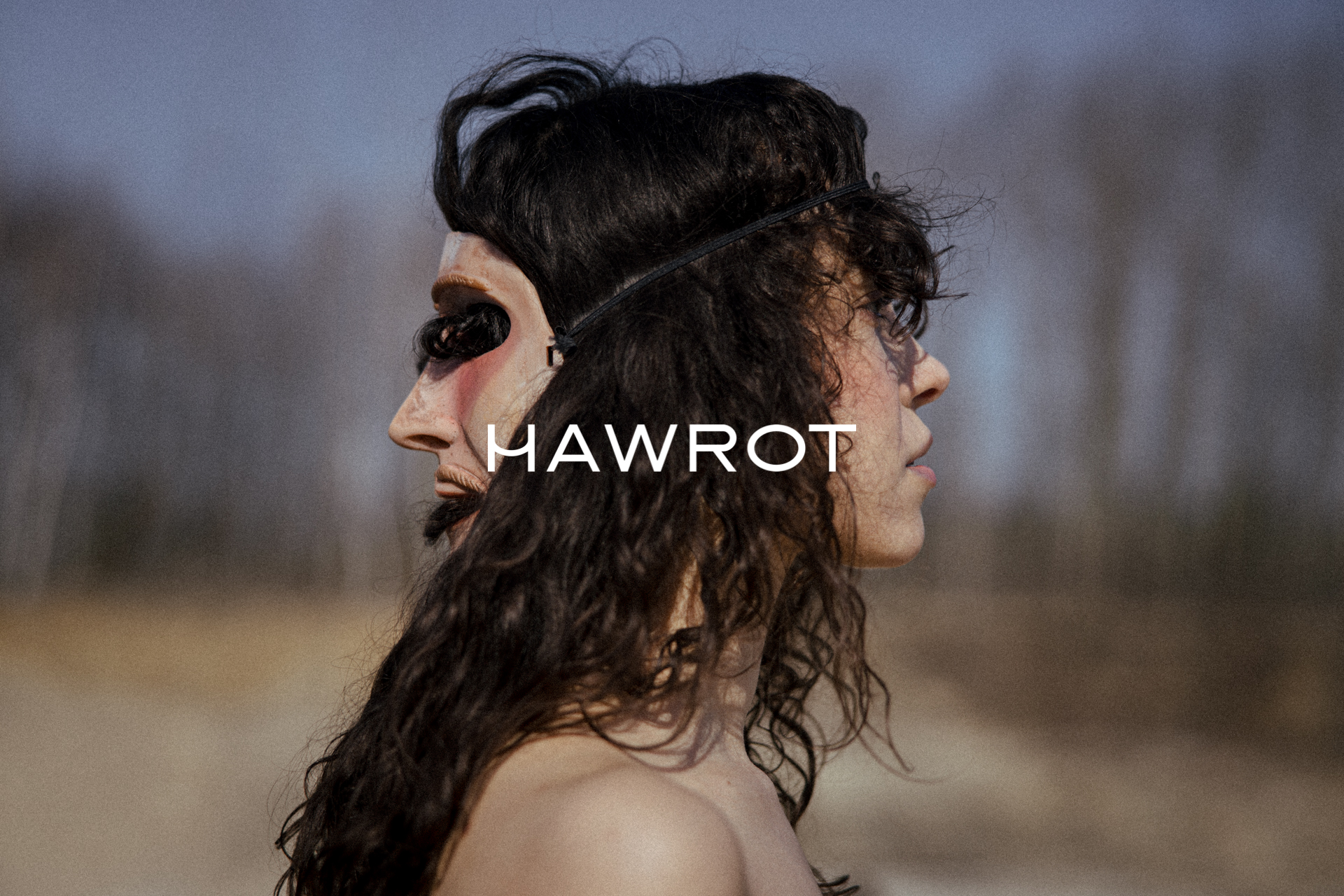 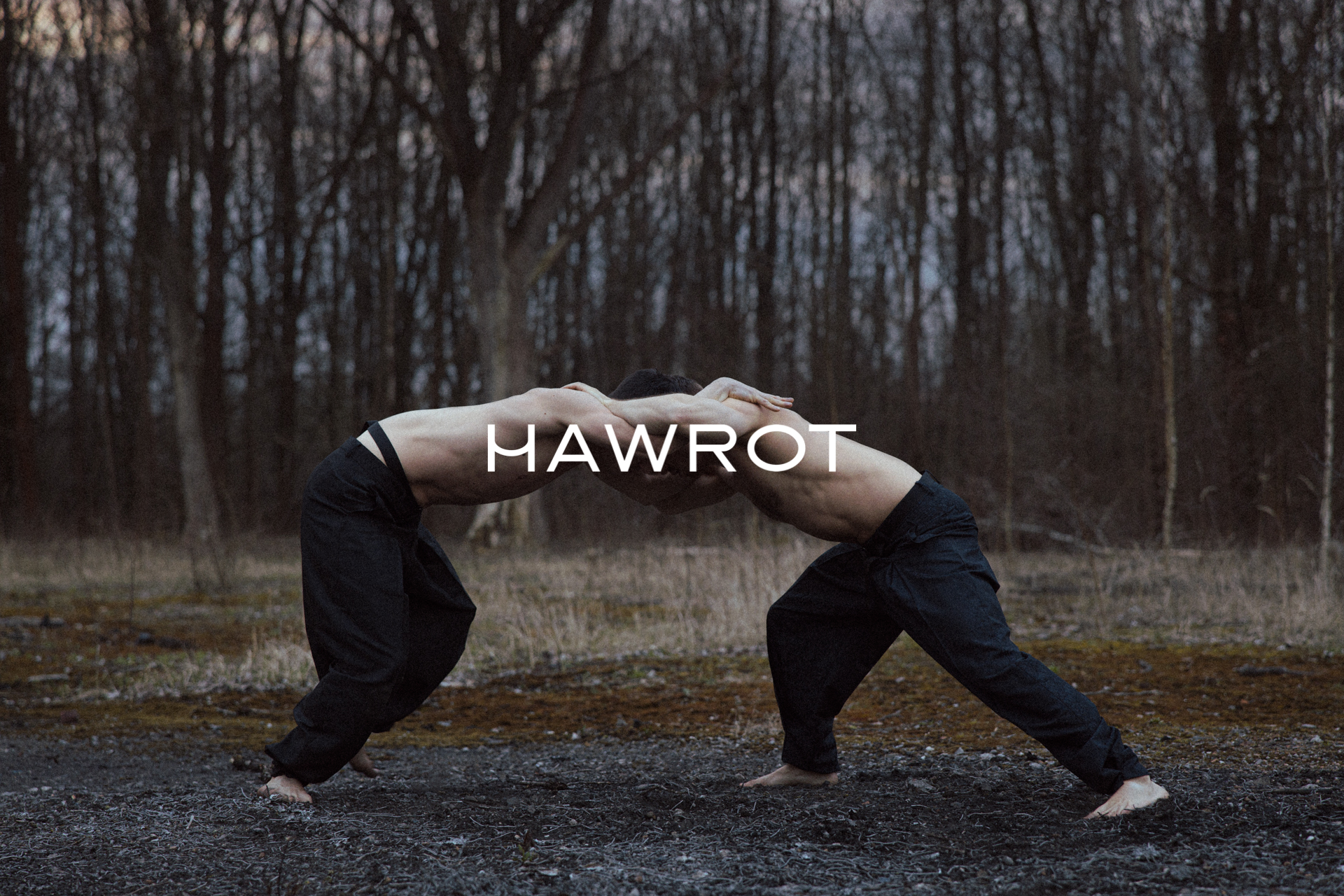 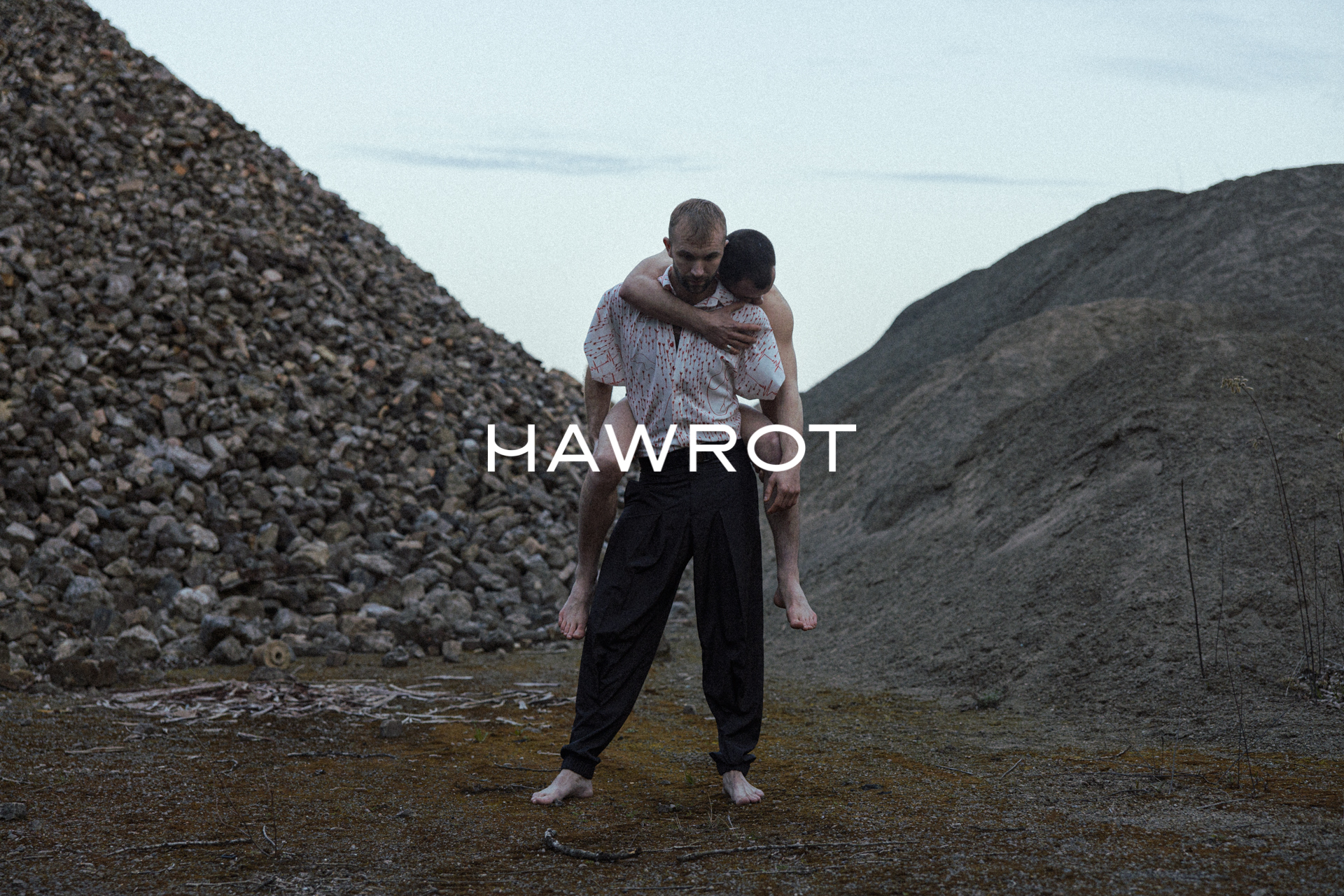 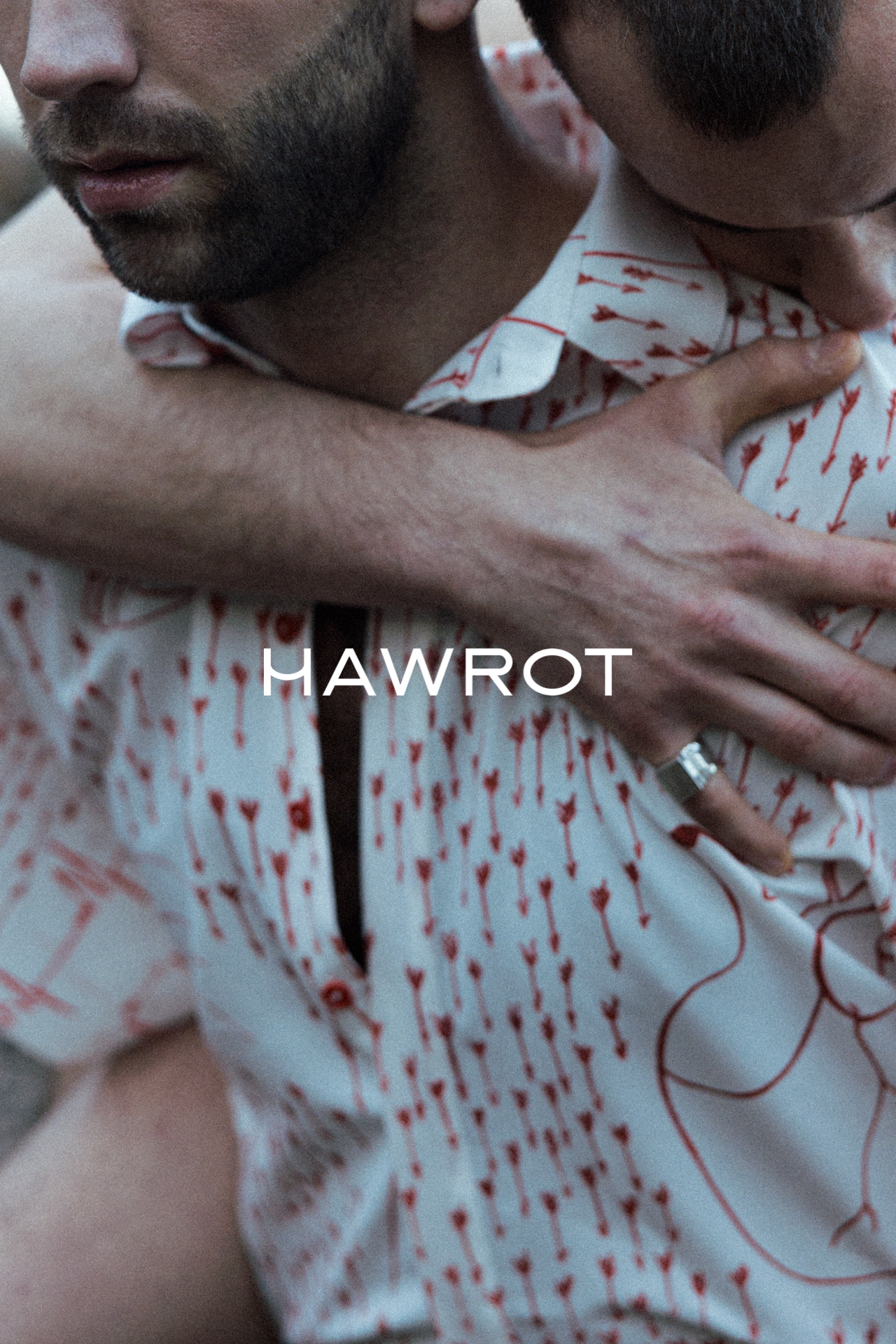 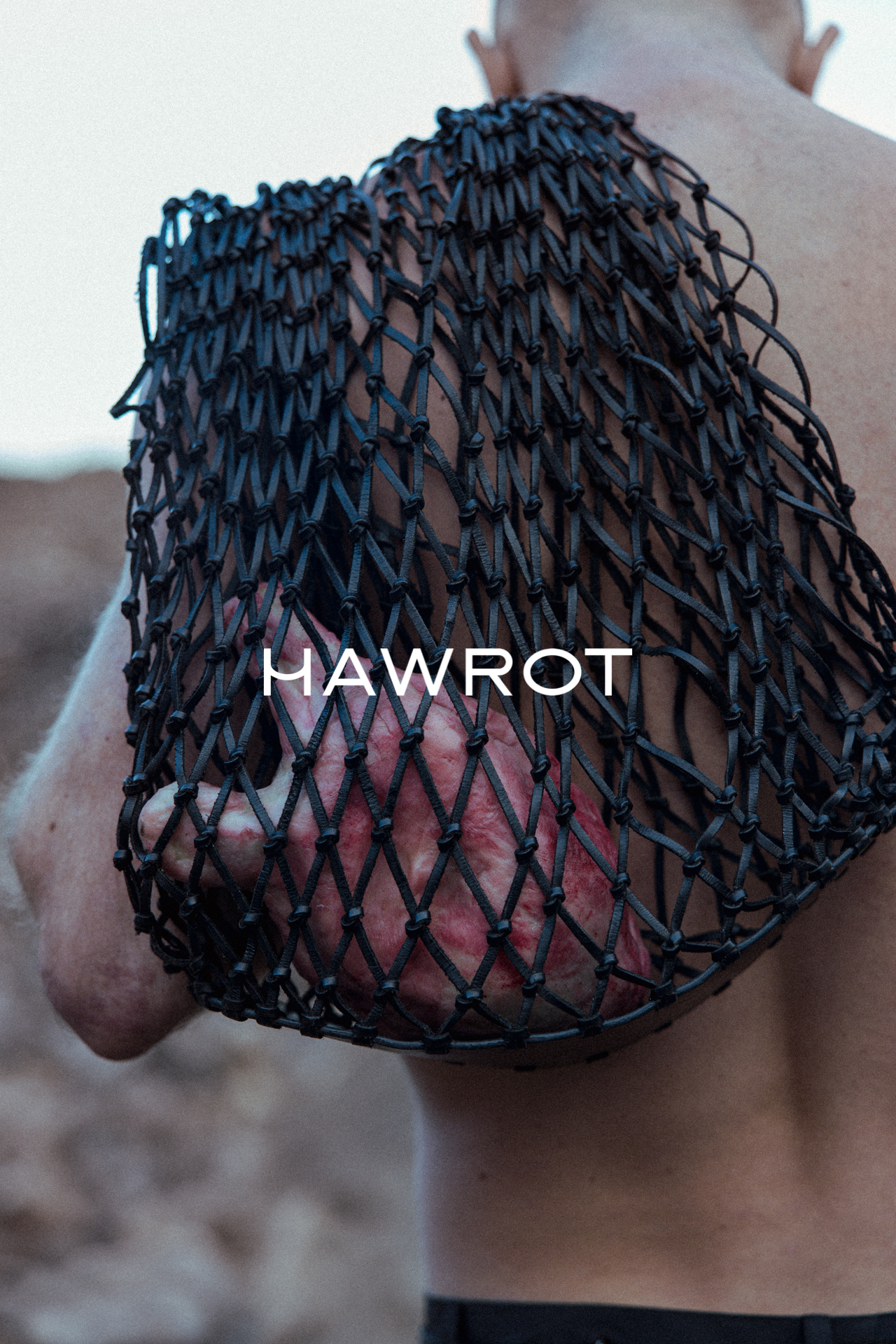 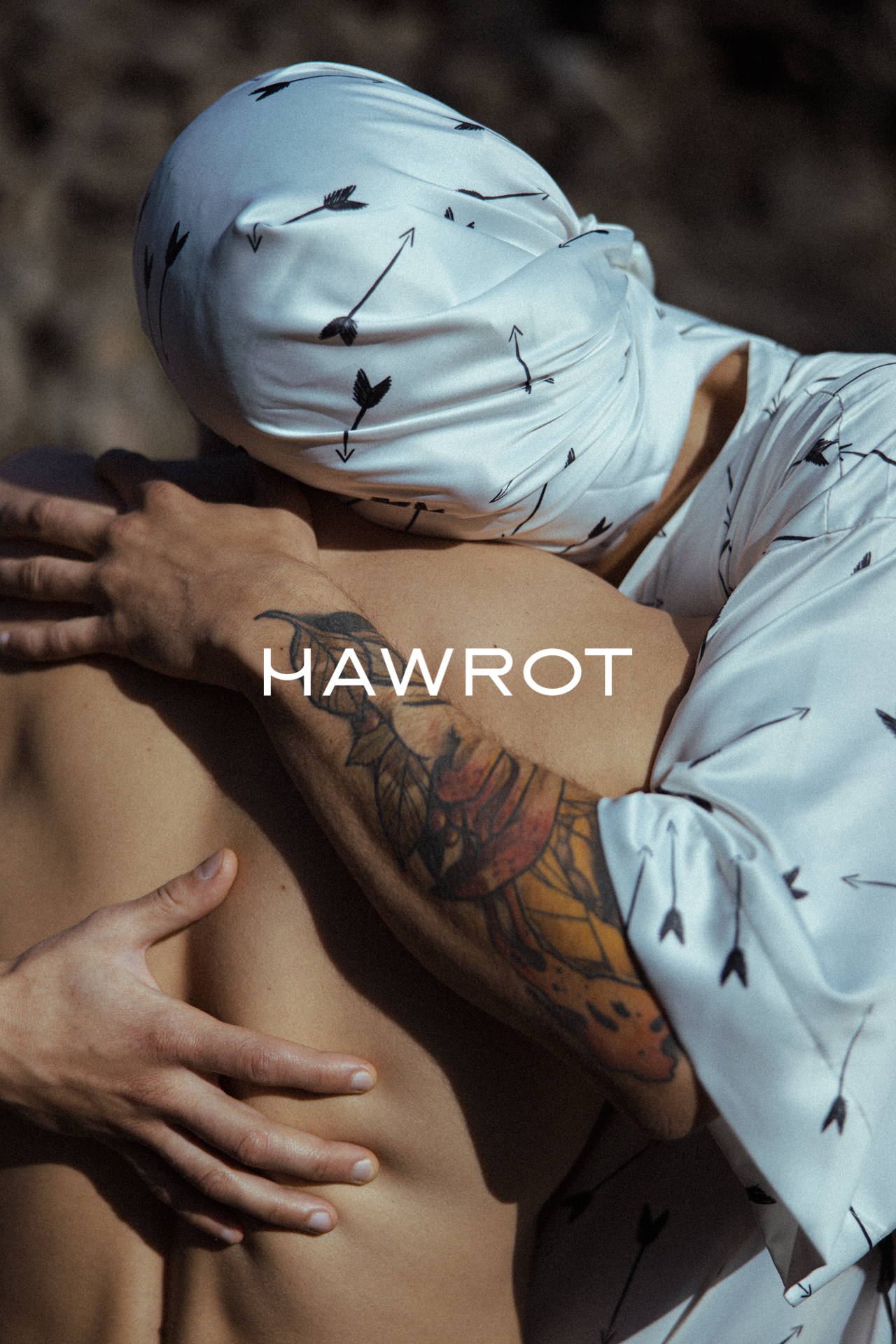 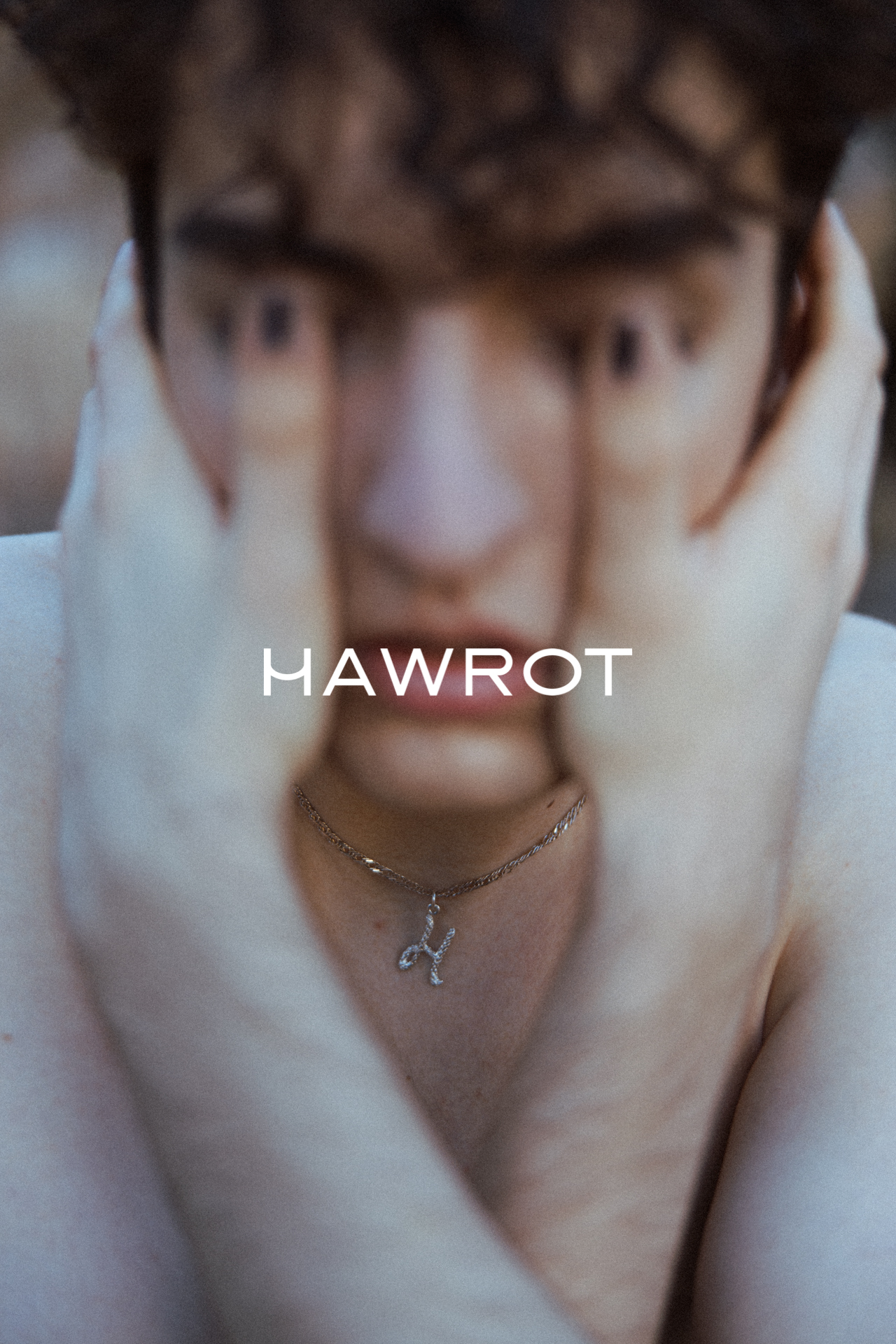 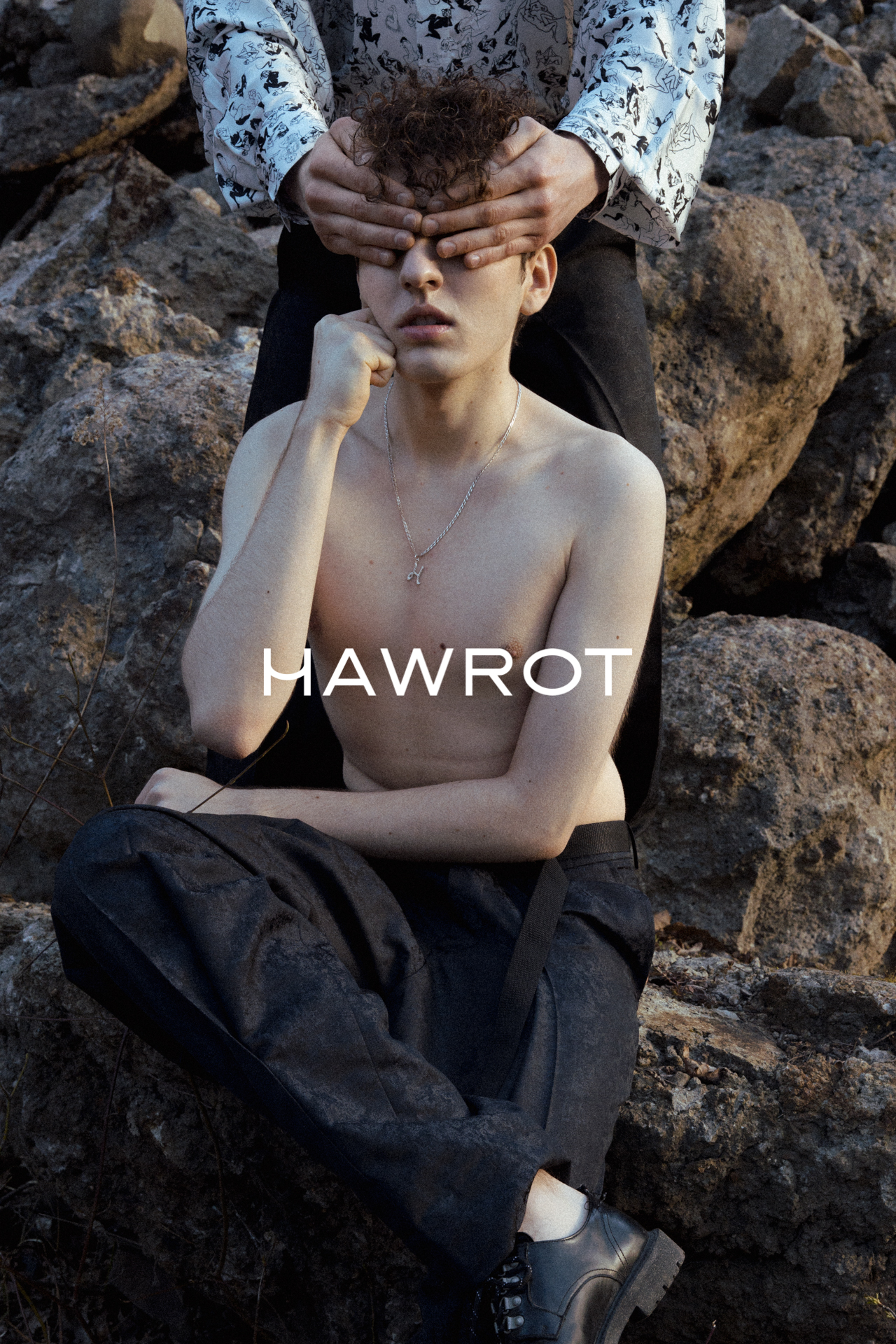 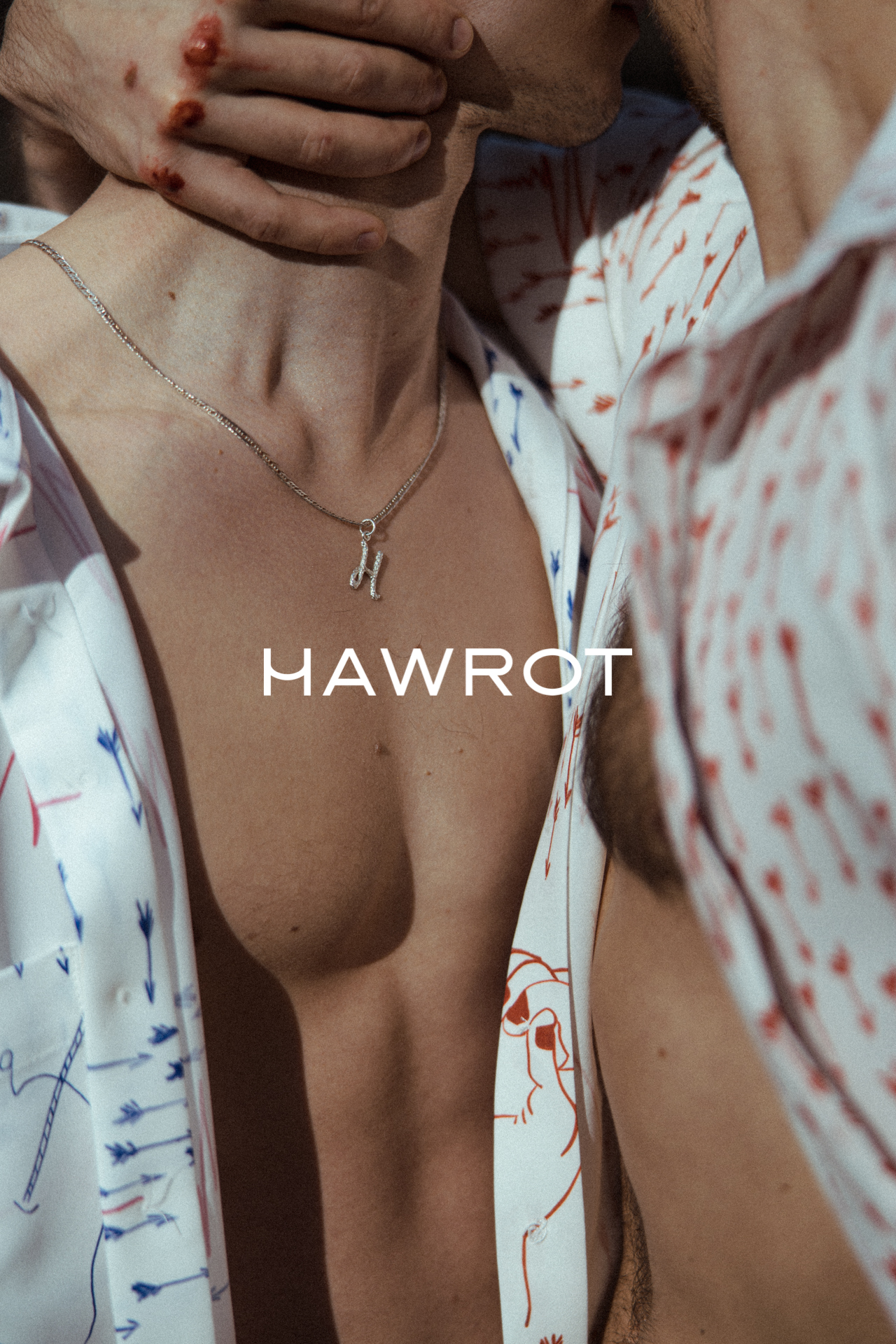 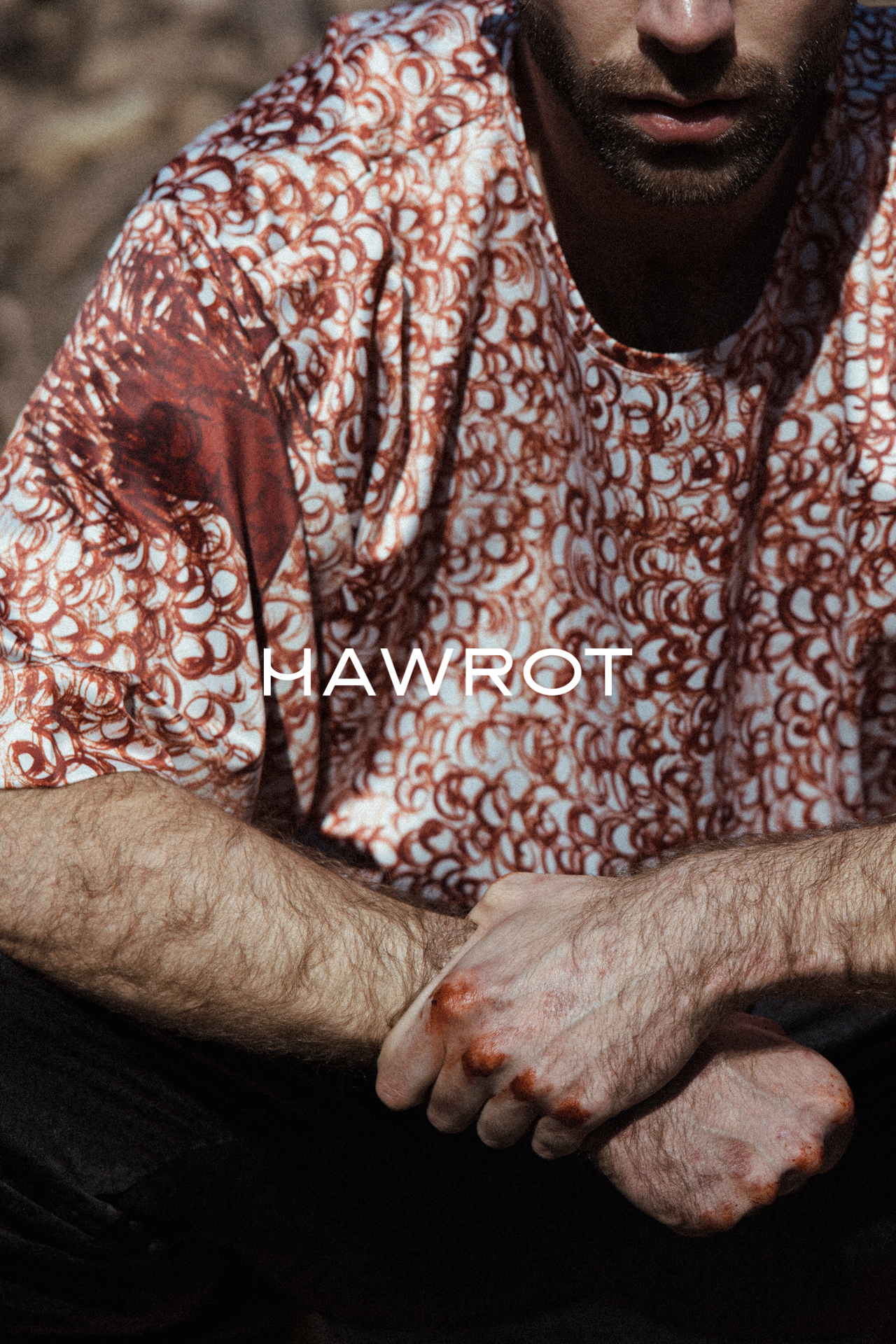 Leave a reply Click here to cancel the reply

This website uses cookies to improve your experience while you navigate through the website. Out of these, the cookies that are categorized as necessary are stored on your browser as they are essential for the working of basic functionalities of the website. We also use third-party cookies that help us analyze and understand how you use this website. These cookies will be stored in your browser only with your consent. You also have the option to opt-out of these cookies. But opting out of some of these cookies may affect your browsing experience.
Necessary Always Enabled

Any cookies that may not be particularly necessary for the website to function and is used specifically to collect user personal data via analytics, ads, other embedded contents are termed as non-necessary cookies. It is mandatory to procure user consent prior to running these cookies on your website.